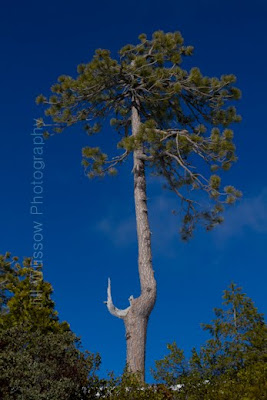 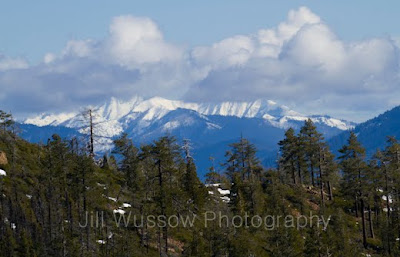 Since we live on the California coast, there was a tsunami watch today. We both figured it would be nothing but there were signs all over saying not to go to the beach. Which was a bummer because we had beach plans and it was super duper nice out. So, we took drastic measures and went up five thousand feet to Horse Mountain, since we'd never been there before. The sky was crazy blue coming from the northwest and the visibility was pretty spectacular today. We hiked around for a little while and then came back to the coast. 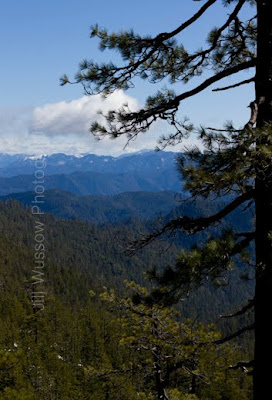 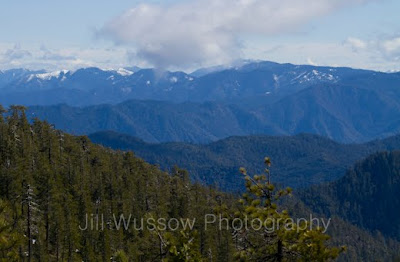 We still had a few hours of daylight so we tried to go to Moonstone and Luffenholtz beach but noooo, they had closed them off because of the nonexistent big waves. I guess the ocean looked a little angrier than usual but I've seen it a whole lot meaner than that!

So, then we went to the marsh but it had gotten pretty windy and chilly and we were wimpy so we didn't spend a whole lot of time there. We gave it one last go at the Virginia's Warbler in Arcata. I finally saw it (yay!) and managed to get an okay shot. (Post below) The guy below is a Green-winged Teal. ..A full day of sun! I like it! Blue Monday and My World Tuesday 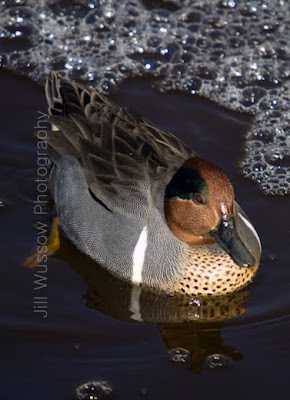 What a nice visit to the mountains. You do take some incredible photography! To say these photos are postcard perfect is an understatement. Sounds like you had a great day, despite the potential imminent danger at the beach. I'm glad it was over-estimated and nothing happened. It's been a crazy year for weather around the world. Enjoy the remainder of your weekend. ~karen

The beach here on the Oregon coast has a similar angry look to it right now. Lovely shots and what an interesting looking tree!

Looks like you spent your day surrounded by lots of natural beauty! Gorgeous shots as always!

Thankfully the tsunami fizzled out! It would seem an 8.8 would be devastating along the coasts. Your blue skies are awesome! We are having the same down here in so. Cal today after the storm yesterday. We are about to head out...desert or ocean...we'll decide at the last minute. But, we are doing one or the other. Both are only an hour away. The mountains have new snow so that means chains...don't want to do that today.

Those mountains are beautiful! What a beautiful day you must have had!

Spectacular shots of the views there. I'm so glad the bad weather missed you - and congrats on capturing that rare little bird!

wow, that is beautiful. We have mountains in Sweden but it is so far up north I can´t go there. :(

Amazing shots! Horse Mountains seems to be a marvellous place to go hiking.

That tree on the mountain is phenomenol. What a beautiful day to hike.
Ann

What a lovely area you are near. Out your way there is so much beauty, and seems you found and enjoyed a great weekend.

The up side to the tsunami warning is that you have gorgeous photos from Horse Mountain! Congrats on finding the Virginia's Warbler, too.

Fantastic captures as always! And how beautiful it is! Glad you didn't get caught in the nasty weather! Have a great week!

The sky was a fantastic BLUE!

I'm glad the tsunami warnings were not needed.

First - I love your header!
What a great hike in the Horse Mountains and the photos are stunning!

This Is My Blog - fishing guy said...

Jill: Fun photos of your hike and a neat one of the duck.

Wonderful images. I'm still "hunting" for a Green-winged Teal".
Care to trade for a Blue-winged? ;)

You do live in the most stunningly beautiful place! Greetings from Italy --

great captures of such a beautiful place. i love the photo with the snow-covered mountain and the bird. have a good week ahead!

Great photos! You are truly gifted! Glad that you were surrounded by such beauty :)

That is one incredible tree!

Wonderful scenery and cute sitting duck in all that froth.