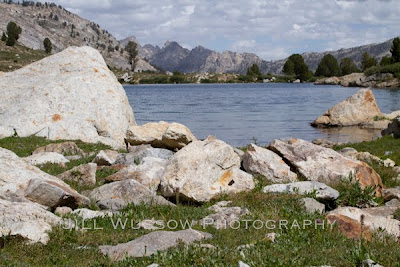 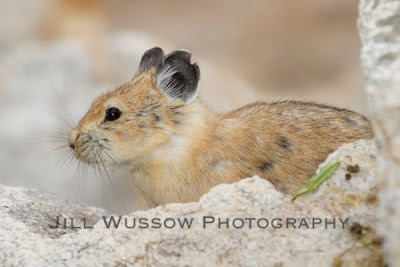 Got up around sunrise, snagged a few quick pictures and then, since I failed to bring the 500 mm lens with me, I more or less ran back down the mountain to get it. I booked it cause I did 4+ miles in about 70 minutes, 2 of them straight down and 2 straight up. Also, I had excessive amounts of energy. 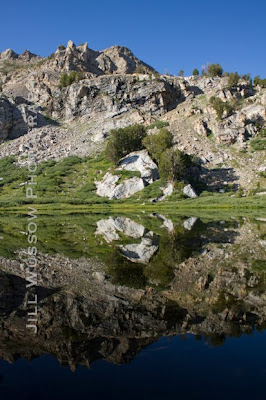 (above: the light while I was hiking down to get my 500 lens was ideal, check this picture out also. The view below is more or less from the tent) 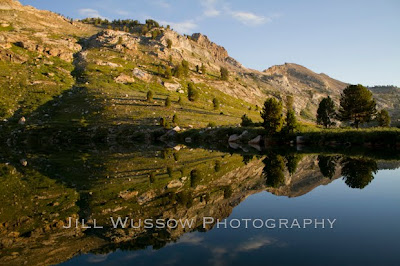 I needed the 500, of course, for the PIKAS! Those fantastically cute buggers are crazy hyper (I can relate) but I managed to get a couple sharp full frames of 'em. Man are they cute. I saw 9 total and heard probably more than that. They had a perfect Pikaland and seemed to be thriving on the edge of the lake. Saw a few of their food caches, new and old. I'll put more pictures of them up eventually, since they're so adorable. 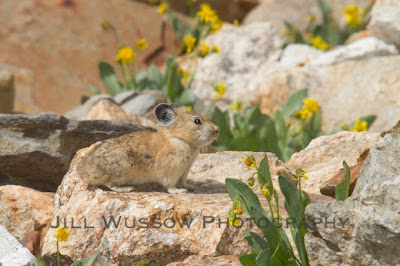 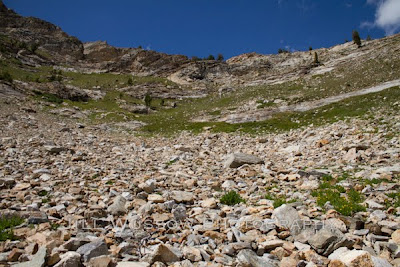 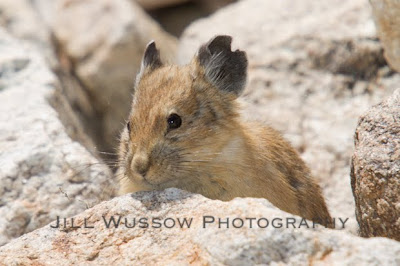 Wanted to keep going up the trail to some more lakes but it looked like more storms were rolling in so we decided to head back down. Probably a good idea because pretty much the second I got back to the car, it started raining and thundering. 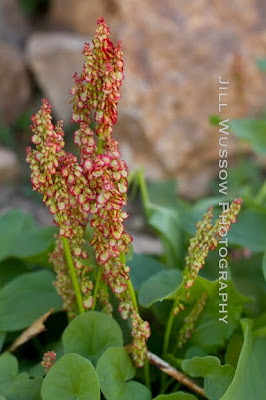 (not sure what the above flower is, but it definitely wanted it's picture taken)
Re-packed Vladimir back up and started driving north towards the Sawtooth Mountains in Idaho. Insane storm clouds the entire drive and tons of Nighthawks also. Saw this Common Nighthawk somewhere in the middle of nowhere. I had stopped somewhere (in this awesome open expanse surrounding by mountains, with nothing around...pretty much where I want to live) to call Zac. While on the phone, I saw some crazy looking bird...turns out it was a White-tailed Ptarmigan! A new bird for me, and a pretty cool one. There were also some absurd storm fronts all over the place, great clouds. Kinda threatening looking. 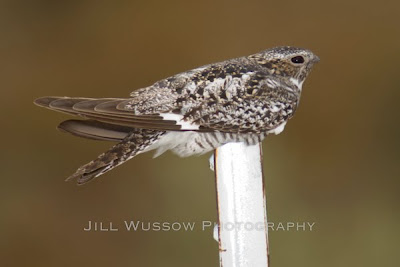 Eventually got to the Sawtooths around 10pm but not before we had to drive through Twin Falls, ID. Ew. There was a fire nearby and that plus the agricultural fields and cattle farms...kinda looked an awfully lot like the end of the world. Creepy. Glad to get out of there! Blue Monday 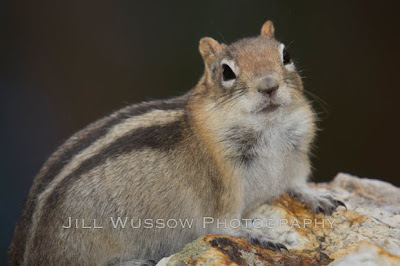 (this golden-mantled ground squirrel looks like a grampa, aw!) 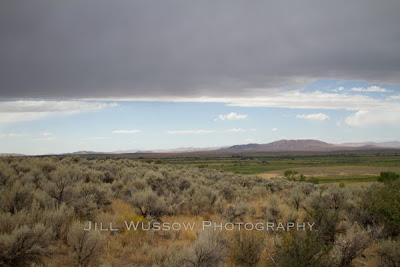 Posted by Johnny Nutcase at 1:05 PM

Squirrels are cute, but the pikas are absolutely adorable!!!!

I'm glad you hiked back to get the 500mm, because you gave us some great shots!!

...what an exciting post and such a cool adventure. 4+ miles in 70 minutes....down and back up a mountain...impressive!

The little Pikas is a new animal for me. He is adorable...love that little face! I've never seen a Common Nighthawk resting. I have seen them flying, so I really love your resting nighthawk photo.

You found some very cute and interesting little friends on your hike. Also, just the right touch of blue came through.

Wonderful photos. Thanks for sharing.

Pikas are sure cuter than ground squirrels. But they wouldn't be so bad if they didn't eat all my bird seed. We have to guard the feeder like Fort Knox.
Beautiful photos . I like the one with the yellow light.

SmilingSally said...
This comment has been removed by a blog administrator.
October 4, 2010 at 5:55 AM

Gorgeous photos as always, Jill, and what a beautiful place. Love those squirrels! Have a great week!

What gorgeous photo's. That time you took to get the lens was wow.

The little critters are adorable. And Kudos to you for running back to get the 500. I would have made it down the mountain and more than likely stayed there. LOL!

gee..you have such stamina to that running/walking a lot but the view is all worth the effort! I just love those buggers/squirrels photos..they look so adorable! great shots!

i enjoyed your show today :)

You are amazing. Your pictures are awe inspiring ... I wouldn't have made it down the STREET in 70 minutes (lol) let alone back up the mountain. I'm so glad you did; the pictures make it worth the effort!

Oh me gosh what glorious scenery and ideal campsite with those so cute pikas running around.
You must be super fit, wish I were 2% of that!
Great post, look forward to lots more.

You got some great pictures of your hike!

This is my World!

Such gorgeous country to hike in, great reflections. Those pika are adorable, but so fast. I usually only hear them and see a blur go by. Nice bird sightings also.

Have a nice week,
Greetings, Bram

Seen on My World Tuesday

Certainly, you look fantastic with your backpack and it remainds me so much on earlier times; with my dad in the high mountains....what souvenirs...! ( ..he goes still up there and I actually should join him sometimes..!)

what a lovely holiday. These animals, are there predators?